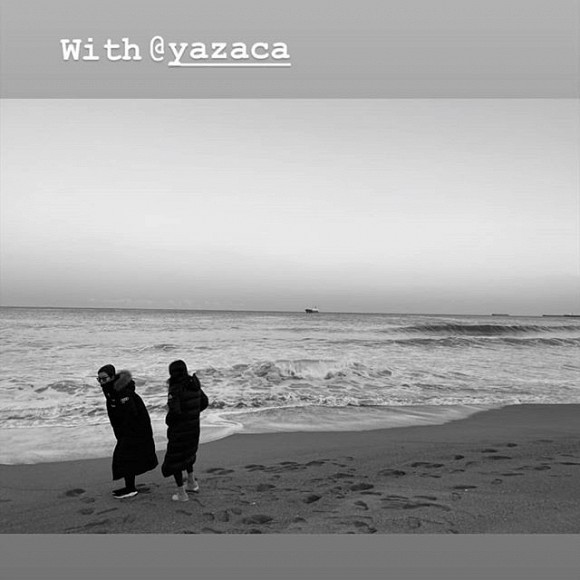 Actress Song Hye Kyo shared some new photos on her personal page showing her calm reaction to information regarding her divorce and Song Joong Ki.
Recently, Song Hye Kyo posted on Instagram Story photos of going out on a beach with her friends. She dressed simply stood next to a friend on the sand. In another photo, the actress showed her sitting watching the scenery from a window.

Song Hye Kyo can be seen quite calmly, even though earlier online, there was a question about her divorce Song Joong Ki because he jokingly asked to “hunt” girls with his senior Jang Dong Gun. For her, the breakup was the past, the present is the important thing.

In fact, the divorce of Song Hye Kyo and Song Joong Ki was dug up again due to strange exchange messages between Joo Jin Mo and Jang Dong Gun launched by hackers. Song Joong Ki is one of Jang Dong Gun’s close friends, so he is also questioned for ethics. Song Joong Ki himself is not much concerned about the rumors. He left South Korea to go to Colombia to film a new “Bogota”. This work is expected to be filmed in 5 months.