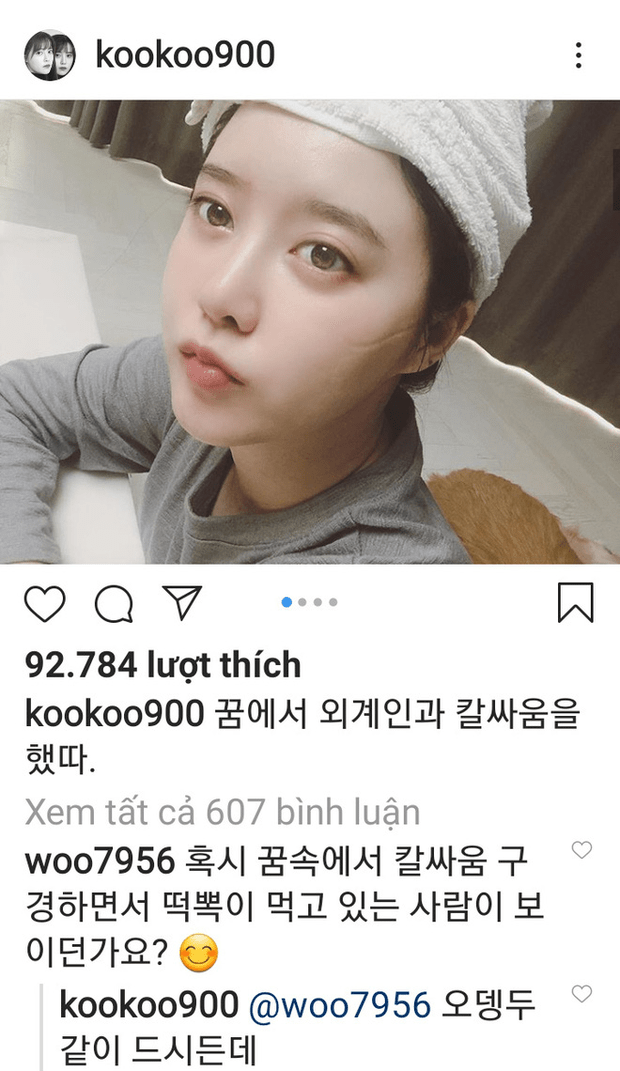 Nearly 6 months after the news of the marriage between Ahn Jae Hyun – Goo Hye Sun broke up, so far, the divorce of the golden couple has not been resolved. While Ahn Jae Hyun gradually regained his balance in life, returned to work, even dyed his blonde hair as an idol and on Instagram, Goo Hye Sun constantly made fans worried because of a series of strange moves on instagram, often mention the actor Ahn with complaints.

Most recently, on January 10, the actress made netizen stir when posting selfies with strange status lines. Specifically, in the picture, Goo Hye Sun lifelessly looks at the camera, on her face is a marked mark. The actress commented, “I just had a knife fight with an alien.” This post made fans extremely confused and worried about Goo Hye Sun because no one understands the strange photo caption below.

Although still beautiful, the innocent look of the actress made many people worried. In addition, the strange and mysterious caption of the photo shows the actress’s seemingly psychological state.